That being said, the value of international trade in services is typically less than the value of international trade in goods.  The E.U. increasingly seeks to boost its trade in tangible goods or digital services, allowing for scale. This is part of its ‘common commercial policy’.  The ‘E.U. ropean Commission’ negotiates trade agreements and represents E.U. rope’s interests on behalf of the E.U.  Member States. The E.U. Treaty outlines policy. Key aims are full employment and social progress.  How this works is set out thus: “to contribute, in the common interest, to the harmonious development of world trade, the progressive abolition of restrictions on international trade and on foreign direct investment, and the lowering of customs and other barriers’”.

The E.U. differentiates between goods and services in their statistics. While goods exports are noted here, it is also worth noting their information on imports and exports of services.

Goods Exports and Imports: The E.U. -28 accounts for Approx. imately 15 % of total global trade in goods. The value of this far exceeds trade in services (by about three times), given that services are often harder to trade across borders.

Top Exports Of The E.U., rounded up to Approx. imateestimations, given available data, 2016 value

Top Imports of the E.U.  (Rounded up and Approximate figures, 2016 value)

It is important to remember that E.U. sanctions against Iran were only lifted in 2016, so figures for trade between the E.U. and Iran are not yet available, but it is worth noting information about the trading bloc’s patterns of production and consumption.

Road Freight Networks in the E.U.

Border crossing points are too numerous to list, but the E.U. has common trade and tariffs across nations. We recommend you seek advice of one of our expert logistics consultants at Tehran Nasimfor E.U. ropean transit questions and international project management involving the E.U. .

It is useful to be aware of the strategic priority given to inter-modal transport, known as theTEN-T multi-modal networks as follows:

Road Freight Transport Across the E.U.

The Trans-E.U. ropean Transport Networks (TEN-T, as in the illustrative maps) are a planned set of road, rail, air and water transport networks in the E.U. ropean Union.  Within this, road freight logistics hubs are too numerous to list individually.

The international E-road network is a naming system for major roads in E.U. rope. It numbers roads with a designation beginning with “E” (such as “E1”).  See Maps for scope.  These main arterial routes are often complemented by well-maintained smaller roads, particularly in Western E.U. rope.

Rail Freight Transport Across the E.U.

The E.U.  region is well served by high speed railway networks, including the TEN-T described above. Electrification and high speed are common in the region.

Rail links connect most major cities in E.U. rope and are too extensive to list. However, refer to high speed railway network maps and seek advice on locations not covered by these networks, as most cities will be served by rail networks, or road at least.

Ocean Freight for the E.U.

We omit U.K. ports from this analysis, given British exit from E.U. in 2018, but will bring more information on this country imminently.

The Trans-E.U. ropean Transport Networks (TEN-T) are a planned set of road, rail, air and water transport networks in the E.U. ropean Union.  This includes some of the trading bloc’s key ports such as:

Rotterdam, Amsterdam, Hamburg, Bremerhaven, Zeebruges, Le Havre, Dunkerque.  However, E.U. rope is well-served for both ocean freight and transit via rivers and even canals.

The TEN-T multi-modal and integrated transport networks have prioritised sea routes for development, as follows:

There are ten Pan-E.U. ropeanCorridors, which are routes between major urban centres and ports, mainly in Eastern E.U. rope, identified as requiring major investment.

Logistics Issues for Trading With the E.U.

Seasonality issues do need to be taken into consideration when transporting goods in the E.U. region.  However, given how well the region is networked, there are generally always alternative routes if weather becomes inclement – snow and ice being the most serious risks to schedules.

This is a vastly variable region. Temperatures, rain and snowfall can vary dramatically between the regions and even across countries.

Central and Eastern E.U. rope is not as mild as Western coastal areas and experience more frequent snowfalls.

The River Danube region through the Balkans, Ukraine and Southern Russia have cold winters and hotter summers.

The E.U. ropean Monsoon (the Return of the Westerlies) brings westerly winds during the E.U. ropean winter, but ease as Spring approaches through April and May.

The coldest winters are mostly found in Russia, with daily highs in winter averaging 0oC.

The Netherlands experiences tornadoes, but most are small.

In Summary, the E.U. is a huge market, supported by a highly developed infrastructure network.  While trade tariffs are unified across member states, (currently 28, with the U.K. and excluding Turkey, who is not a full member), some administrative issues still apply when establishing trade partners in the region.  For this reason, we recommend getting reliable advice from a logistics consultant at one of Tehran Nasim’s numerous offices.

It is worth noting, that on the continent, there are also countries who remain independent of the E.U., such as Switzerland, Austria and others. These are also key markets worth investigating.

The E.U. ropean Commission transport policy supports multimodality, improved logistical integration of transport modes and establishing interoperability at all levels of the transport system, underpinned by assumptions of trade with minimal barriers.

Recent events surrounding the end of the so-called Caliphate of ISIS mean that attacks on transport infrastructure are happening within E.U. rope nowadays.  However, most attacks are prevented by interlinked security intelligence sharing and co-operation with local communities is increasing, improving deterrence.

In the past, however, E.U. ropeans have experienced other terror attacks, which has created a preparedness on transport planners’ part.

E.U. ropean transport users expect transportation networks in E.U. rope to be safe.  The E.U. ropean Commission, responsible for policy, develops standards across the E.U.  for safety and security in all modes of transport.

E.U. rope’s railways are among the safest in the world due to high standards and aligned safety requirements across the E.U. . This is part of the regional Single E.U. ropean Railway Area strategy.

Aviation in E.U. rope is one of the safest and fastest growing forms of transport.  Procedures facilitate the free movement of products, services and persons involved in civil aviation, while ensuring safety.

Safety standards mean that there is a list of airlines banned or restricted from E.U.  skies  which is constantly updated.  At present, several Afghan and Kyrgyz Republic airlines are on that list.  Also,

Iran AsemanAirlines is not permitted to run flights in the region.  If you are organising air freight, there are numerous options, so it is worth checking with a reliable logistics provider to avoid delays.

Transport security in the E.U.

Transport security policy balances protection from attack with free movement.  Acts of terrorism are rare events, but networks are increasingly a target for such actions.   Other forms of security threats to transport are more common, e.g.: break-ins, stowaways, robbery of valuable cargo in transit, or piracy on the high seas.

The E.U. ensures a coordinated approach to security standards being developed via bodies such as the International Civil Aviation Organisation and International Maritime Organisation. There is also cooperation with third parties on transport security, so the E.U. ropean Commission works with major international partners, exchanging knowledge, experiences and best practices.

New technologies are also increasingly adopted to operate sophisticated, busy and smooth high-security systems for the future; duration and intensity of security checks are a key consideration.

The E.U. lifted sanctions on Iran in 2016 and E.U. ropean companies have been establishing protocols and negotiating contracts. In the short space of time since January of 2016, hundreds of millions of dollars’ worth of bilateral contracts have been agreed.

The E.U. ropean Commission states the following regarding international trade:

Trade agreements help us achieve all these goals.”

It also recognises that there are protectionist dynamics at play in current markets and seeks to take an opposite stance in this sense.   However, the E.U. imposes sanctions on Russia, a key trading partner of Iran; this has implications for shipping logistics transiting through that nation.  Also, there are still some limitations in terms of Iranian companies trading with the E.U., given the need to convert currencies into the USD to make payments.  However, many global brands, operating in E.U. rope have been forging trade agreements with Iran since the easing of sanctions in January 2016, in the expectation of full resolution of financial logistics imminently.

The Joint Comprehensive Plan of Action, agreed multi-laterally in July 2015 in regard to Iran established a new basis for trade.

The JCPOA sets limits to Iran’s nuclear programme and established monitoring and transparency protocols, in exchange for the relief of existing UN sanctions, including on trade. The JCPOA lead to the UN beginning to lift some sanctions in January 2016.  This, according to the E.U., opens up “…the possibility of a gradual but substantive reengagement with Iran at different levels, including bilateral trade.”

All this increased trade, in spite of the fact that Iran is not a WTO member, nor is there any bilateral agreement between the E.U. and Iran!  The E.U. supports Iranian accession to the WTO, which they see as a necessary step for Iran’s global trade.  Whether or not this happens in the future, we will continue helping many of our clients establish international trade expansion projects into E.U. rope.

If you have questions about any of the above, don’t hesitate to contact one of our many experienced logistics consultants who can help your cargo get on the road to this huge regional market. 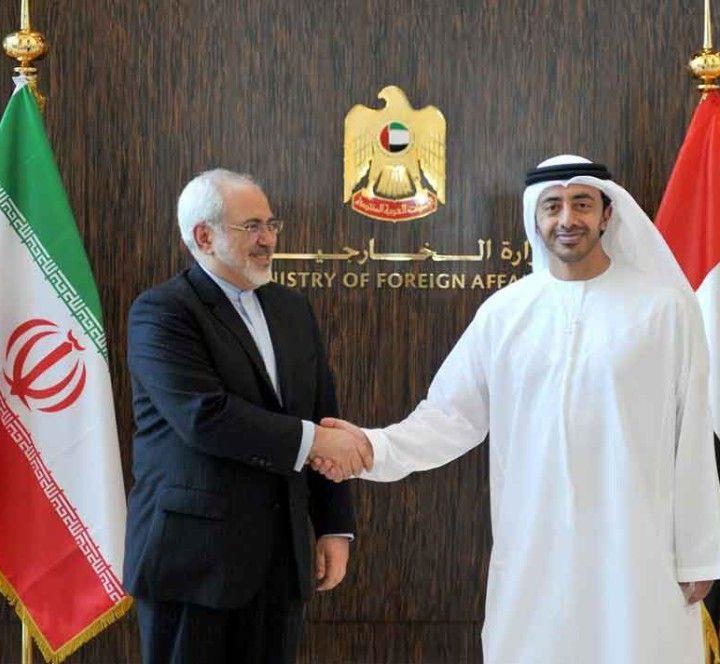